The late 1800’s provided us with many great chess games and novelties from several underrated players of that era. Many of these games have been forgotten or simply never seen by chess enthusiasts of today.

The game below was played between David Janowski of France and Simon Winawer of Poland. The event was the Berlin Tournament of 1897 in Germany, which included many of the great players of the era, such as Blackburne, Chigorin, Schlechter, Albin, and Teichmann. Despite this impressive cast, the tournament was won by the Hungarian youngster Rudolph Charousek. 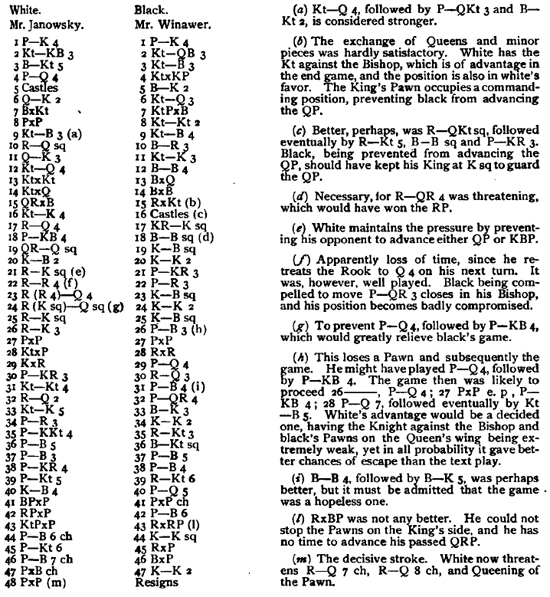