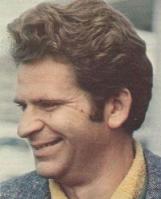 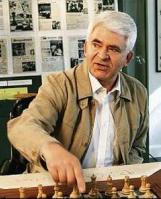 After winning the World Chess Championship in 1969 from Tigran Petrosian, it was very apparent that there was no “rest for the weary”. The great American chess player Bobby Fischer quickly became the favorite to face Spassky for his crown and did so by winning the 1970 Interzonal and the 1971 Candidates.

To this point in time, Spassky had not lost a single game against the American. Boris had won all three encounters with the white pieces and had managed draws in their other two with the black pieces. But Spassky knew this was a different Fischer, who at one point through qualifying, won 20 games in a row. Boris quickly went to work on preparations and seemed ready for the contest when he arrived at the site of the battle in Reykjavik, Iceland on June 21st, 1972.

The contest began (after much controversy and a late arrival by the challenger) on July 11th with Spassky playing the white pieces. The game seemed headed for a draw when Fischer made one of the biggest blunders in world championship history. He played 29….Bxh2 which trapped his Bishop by Spassky’s 30. g3 move. Amazingly enough, Fischer decided to struggle on until the 56th move, when he finally resigned the hopeless game.

After the Game 1 loss, Fischer complained about everything from cameras being too loud to spectators being too close to the stage, and refused to play Game 2 until his demands were satisfied. Arbiter Lothar Schmid refused to give in to Fischer’s tantrums this time and when Fischer failed to appear for game 2, he was forfeited. Spassky now led the match 2-0, but a furious Fischer was threatening to foreit the match and leave Iceland.

After much bolstering from his camp and some minor concessions made by the Russians and the arbiter, Fischer eventually decided to continue. However, it was to be played in the back room, away from the stage, the spectators, and any cameras. Spassky begrudgingly agreed to this and was soundly beaten in Game 3.

Fischer seemed invigorated by the victory. Spassky on the other hand, seemed weary and sluggish due to all of the controversial tactics of his opponent. Even after the match was moved back to the main stage for Game 4, Boris never seemed to be the same again after his Game 3 defeat. He managed a Game 4 draw, but was defeated in Games 5 & 6. Fischer now had the match lead and Boris would only manage to win one more game for the rest of the contest. Spassky lost the match by a score of 3 wins, 7 losses, and 11 draws.

Spassky was scorned by his government for the loss. It seemed that his chess career was demolished in one swift blow. After taking some time off, Spassky participated in one of the strongest fields ever assembled for a USSR Championship in 1973. The participants included three former world champions (Tal, Smyslov, Petrosian), a future world champion (Karpov) , a host of past & fututre world champion contenders (Keres, Geller, Korchnoi, Taimonov, Beliavsky), and several other talented Russian players.

Spassky battled atop the leaderboard with Karpov, Korchnoi, and Petrosian. In the end, he came out on top to win his second USSR Championship and achieve one of the greatest victories of his career. He qualified for the Candidates the following year in 1974, but lose to eventual champion Karpov (+1 -4 =6). This signaled the end of Spassky’s full time chess career.

Spassky moved to France in 1976 and was granted citizenship in 1978. His nemesis Fischer emerged from seclusion in 1992 and the two played a rematch of the “Match of the Century” in Sveti Stefan, Yugoslavia. Spassky was actually happy to see Bobby, and his hope was that this would spark Fischer to come back to competitive chess, for it was his opinion that the game needed Fischer. Spassky would again lose to the chess legend by a marathon score of 5 wins, 10 losses, and 15 draws. Unfortunately, Fischer immediately went back into seclusion and never played again.

Spassky continues to be an ambassador of the game of chess to this very day. His sportsmanship and dedication have been an inspiration to people all over the world. His rival Fischer passed away in January of 2008 at the age of 64. Oddly enough, his last days were spent at the site of their legendary battle, Reykjavik, Iceland.

Moves and analysis (by GM Larry Evans) below from Spassky’s game 11 victory over Fischer in their 1972 world championship match.