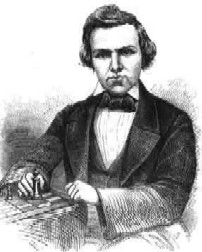 Paul Morphy came out victorious in the “1st American Chess Congress”, which was held in New York City from October 6th to November 10th, 1857. The format for the event was a 16 Player, 4-round knockout tournament.

Morphy won the competition by winning fourteen while losing one with three draws. In the final round, he defeated the strong German-American master Louis Paulsen winning five games, drawing two, and losing one. He was now the chess champion of the United States, and such was his strength of play that many urged him to test his skill abroad.

First prize was $300, which Morphy declined, feeling that taking money for playing chess was somehow very low class. Instead he accepted a prize of a silver pitcher, four goblets, and a salver. 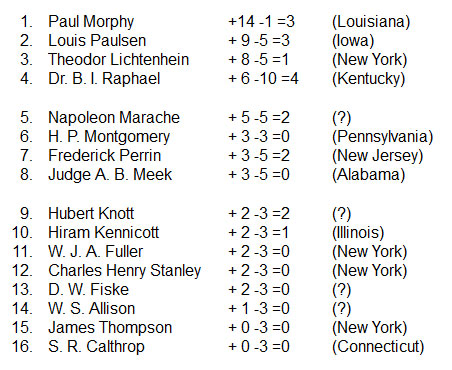 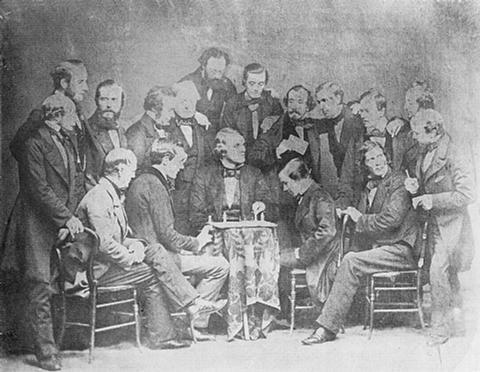