Emanuel Lasker showed complete superiority in winning the 1896 Nuremberg chess tournament. Nineteen rounds were played over the course of twenty days (July 20th – August 9th), with a time control of thirty moves in two hours in the morning and resumption in the afternoon with a time limit of fifteen moves per hour and continued until the end.

The tournament should have become a German Chess Congress, but the local chess club took over the organization and included no minor groups. Thirty-nine players wanted to participate in the master competition, nineteen were allowed.

Tarrasch, who underestimated the importance of tactics, regarded five games won by Lasker as “lucky”. Later Lasker was characterized as a “psychologist”, who made errors in order to confuse the opponent. 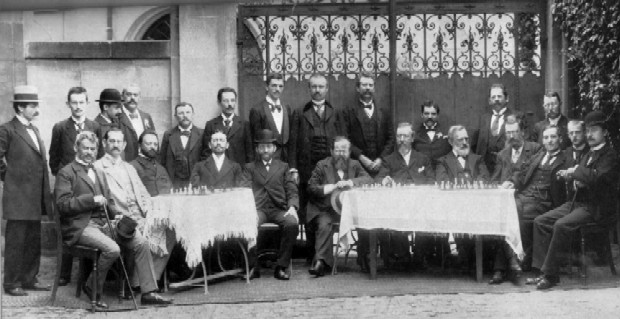