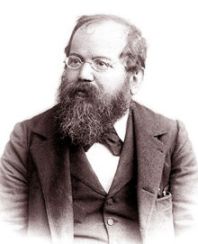 The chess world lost a legend in the truest sense of the word when Wilhelm Steinitz passed away on April 12th, 1900.  Many newspapers and periodicals throughout the world expressed their condolences in the form of published articles, past games, obituaries, etc.

The New York Times brief account of his life and death in the form of an obituary is shared below, along with the 13th game (fully annotated by Steinitz himself) of his 1894 world championship match against Emanuel Lasker.  The game was won by Steinitz and played on the third leg of the match in Montreal, Canada on May 5th , 1894.

“STEINITZ’S LIFE HISTORY – The life history of Steinitz is, up to the last few years, that of a conqueror. He was born at Prague on May 18, 1837. In his boyhood he was considered one of the best chess players of his native city. He then went to Vienna, where he met like success. He went to England in 1862, as the Austrian delegate to a chess tournament. In London he gained world-wide fame by his successful playing with Anderssen and Paulsen. From that time on he made chess playing his profession. He remained in England until 1882, when he came to the United States, where he in due time became a naturalized citizen.

In the course of his career Steinitz had vanquished Anderssen, Zukertort, Blackburne, Gunsberg, and Tschigorin, and he held a rank far above that of any other chess player. He became so confident in his play that he would often use experimental moves outside of his usual plan of carrying on the game. These experiments often put him in a dangerous postiion, especially when he was playing in tournaments, or in exhibition games, and they were the real cause of his downfall when he met Lasker in his memorable first encounter.

The negotiations for this match were of the most protracted character, and it was the event of its day in the chess world. It was two years before the champions met. Confident in his ability, the young Prussian player demanded high stakes, and the £400 a side for which he and Steinitz played was a reduction of his original demand. He had beated Bird and Blackburne in matches, and had passed both of them, with Gunsberg and Mason in the Masters’ Tournament of 1892.

He at length threw down his gauntlet to Steinitz. He had a difference of thirty-two years, and the “new theories” in his favor, for Steinitz was by this time fifty-eight years old. The great series of games was played at New York, Philadelphia, and Montreal between March 15 and May 26, 1894. It resulted in favor of Lasker by ten games to five, with four draws.

BORNE DOWN BY DEFEAT – After this defeat Steinitz seemed to decline. He brooded over the result and couldnot be reconciled, owing to the fact that he had not played his usual game, but had used experimental moves. In 1897 he managed to arrange another match with Lasker. This took place at Moscow, and again Steinitz was defeated. This was too much for him. He became so intensely excited that he was placed in a private asylum for the insane in Moscow. After being there for forty days he was released.

He claimed after his release that his confinement had been unjust and that he was only intensely nervous over the outcome of the game. The United States Consul at Moscow had aided the people at the house where Steinitz was living in having him put in the asylum, and the chess player always vowed that he would have revenge, but he never took any action.

After returning to the United States Steinitz never again engaged in active chess play. He devoted his whole energies to three things, his practice of the Kneipp cure, the preparation of his books, and the perfection of a wireless telephone. Back of the house in which he lived at 155 East One Hundred and Third Street was a small yard. Every morning, without regard to season or weather, he would carefully dress himself with all but shoes and stockings and walk barefooted up and down the yard for an hour or more.

After this exercise was completed he would experiment with his wireless telephone. His theory was that he could use his will power to convey words any distance. For hours he would stand in his room trying to “call up” various people he knew in Europe.

After he was tired of these experiments he would devote his time to writing his books.

HE BECOMES INSANE – One of these books he had published and the very day the copies were returned from the printer he became so violently insane that he was sent to Bellevue Hospital. From there he went to Ward’s Island and later he was sent to the Rivercrest Sanitarium at Astoria. He was discharged from there in March last, and returned to his home, where he remained two weeks. Again he had to be sent back to the Manhattan State Hospital, where he remained until his death on Sunday.

The funeral services will take place at an undertaking establishment at 132 Essex Street this afternoon.

Steinitz was an honorary member of the Manhattan Chess Club, as well as of a number of other clubs in both the United States and Europe. His prowess as a chess player can best be realized from the fact that out of 395 games played with the most renowned chess players of the world from 1863 to 1894, when his downfall began, he won 240 games, lost 71, and 74 were drawn.”